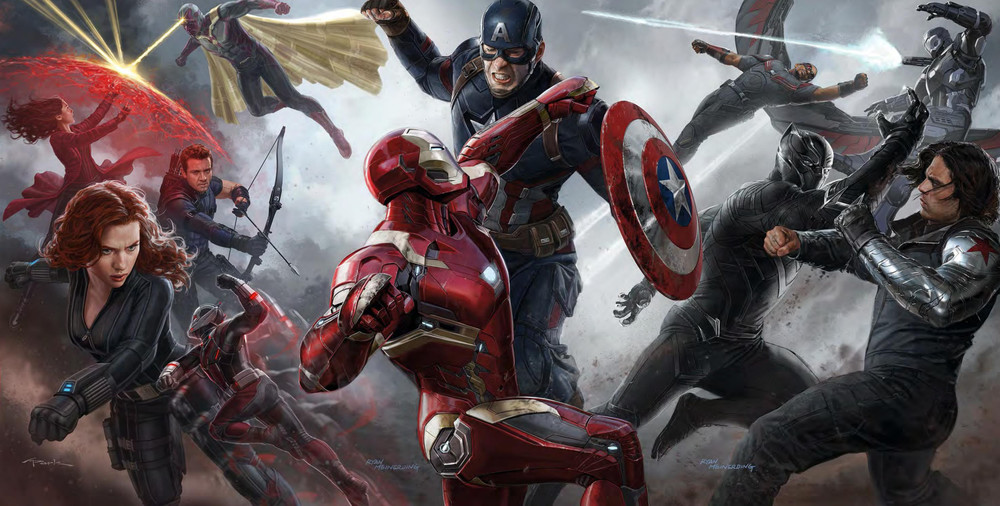 With the releases of major blockbusters such as “Batman V Superman: Dawn of Justice,” “Captain America: Civil War,” “X-Men: Apocalypse,” etc., I thought it would be fitting to take a step back into some old school cinema. Over Christmas break, I picked up the Steve McQueen collection on Blu-ray at Best Buy on sale, and I watched them all to try to appreciate some “classic” films. Admittedly, they don’t all hold up to my spoiled, CGI-ridden expectations, but I could definitely find things to enjoy in them. One of these films we have at IU Media & Reserve Services, and the most recent film I watched from this collection was called “Bullitt,” which IMDb describes as “an all guts, no glory San Francisco cop becomes determined to find the underworld kingpin that killed the witness in his protection.” Here are my thoughts on the film… 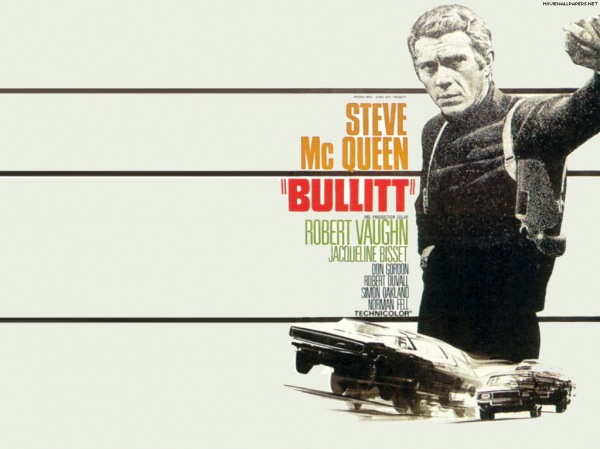 I watched this movie about 3 days ago, but wasn’t sure exactly what to think of it for the first few days. Recently, I’ve thought about this film a lot and many aspects of it have now been made clear to me. I won’t lie to you, I was slightly disappointed while watching it because I was told this is “one of the best car-chase films ever” (thanks, Dad). That statement could not have been more misleading. Don’t go into this film expecting a car chase movie; actually, don’t go into this movie expecting anything at all. In this little review, I will discuss the film in-depth without spoilers, and talk about why this film may just be a masterpiece. As I mentioned, I was initially disappointed with this film because it wasn’t what I thought it would be. I wasn’t really able to follow the story and I’m still wondering exactly what all happened; I also asked myself at the end “what was the point of that?” After watching it, I knew that there were things that I was missing (not just in regards to the story itself, but the film as a whole) and I wouldn’t feel right writing an “okay” review for this. The more that I think about this film, the better it gets and now I want to talk about why. “What was the point of that?” Like I did, you may also ask yourself after watching the film… and the point is that there really isn’t a point; more specifically, the point is just to show what police officers do on a daily basis. This film isn’t meant to be an action-packed extravaganza, but rather just to show a day in the life of a cop with extreme realism (I suppose… I’m not a cop so I can’t assume it’s super realistic but I definitely got that vibe). This wasn’t obvious to me until I thought about it a lot and even did some research online. To make this film seem real, the doctors and other extras in the movie weren’t actors but real people. There is a scene in an Operating Room, which feels very real and not like your average film because they hired real doctors to perform here to emphasize the realism. 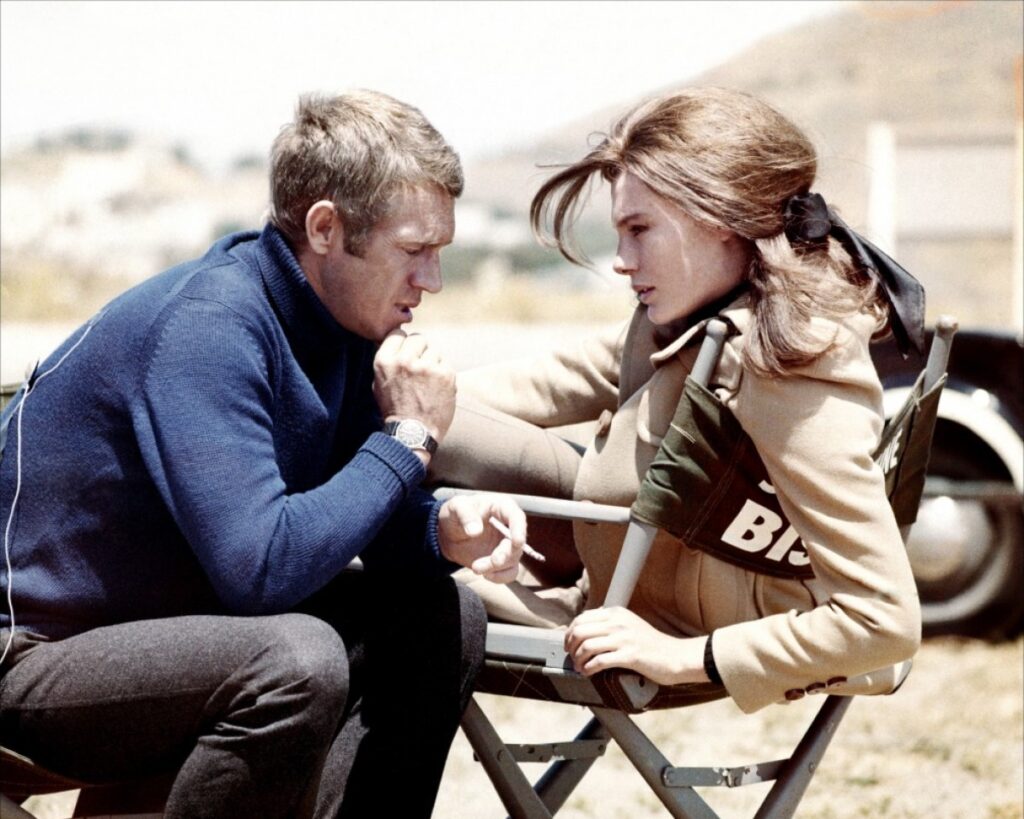 There is one scene in which Bullitt’s wife sees a murder victim in a house and freaks out about it, confronting Bullitt, commenting on if seeing this everyday is making him numb to everything else. One of the things that stood out to me here is the camera angle. Simple over-the-shoulder shots are common in films; they allow you to see one person’s face while recognizing the position of the other. In this scene, an over-the-shoulder shot was used, but the camera was so low that Steve McQueen’s shoulder blocked the mouth of his character’s wife. As I watched this, I was bothered because the cinematography/directing here seemed so lazy and misplaced, but as I thought about it I realized how brilliant it was. During that whole scene, the actress’ eyes (and voice) were the only things that showed us her emotion. We couldn’t see her mouth, so like Tom Hardy’s Bane, the emotion in her eyes is all we could perceive. This is actually a recurring “theme” throughout the film; Steve McQueen didn’t have much dialogue in the film at all, thus he had to use body language and facial expressions (especially with eyes) to convey emotion. The character of Bullitt is a stone-cold, tough-as-nails cop because he deals with these hard cases every day, like his wife mentions. He has become accustomed to seeing death and dealing with it like any other thing in life without making a big deal out of it, which makes this day not stand out to him at all, even though his wife is beside herself at what she saw. Remember what I mentioned about the eyes when we didn’t see the mouth? There is a saying in writing and in film to “show, don’t tell.” The scene with the wife and the strange but brilliant camera angle exemplifies this saying- literally in the fact that we can see her eyes but not her mouth. The whole film is a “show, don’t tell” example because we see so much more than we hear, as far as dialogue goes.

There is very little talking, but a lot to be seen (not even to mention the absolutely gorgeous cinematography and directing which far surpasses many films these days), which immediately reminds me of “Drive.” If you’ve seen Drive, you know what I’m talking about. There is hardly any talking in Drive, and everything that you can take from the movie is what you see. Many people also went into that movie with the wrong expectations: wanting a “car chase” movie as well only to end up receiving a movie that was smarter than they were (but no offense if you didn’t like it. I’m mainly talking about the lady who tried to sue for her lack of enjoyment…). Also like Drive, the emphasis on character and not just story gives this film a very intimate feel to it, which allows the audience to feel for the main character on a more personal level. By common definition, this may not be the most “entertaining” or “enjoyable” film to watch; it’s one of the few that I’ll sit down and expect not to be merely “entertained” while watching it, but will be amazed while thinking about how well-made it was afterwards. Not comparing the film with this other material (as to not offend anybody), but like Holy scripture, many people don’t just sit down and read it for light reading or entertainment. They read to be able to take something away afterwards and I think there’s a lot to be taken away from this film- more so than what just meets the eye for sure. 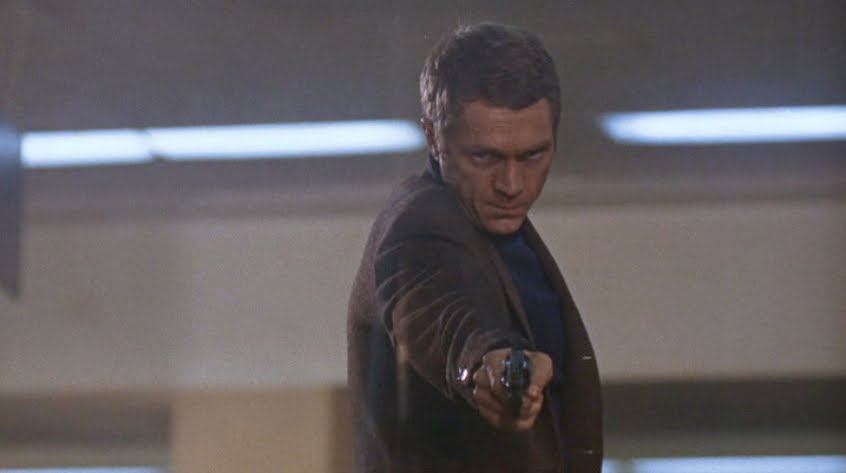 Many may pass this film off as a simple cop drama, but it’s so much more than that. This is one of the best cop dramas I’ve seen- not for the story, but for the filmmaking genius. The part of the film that really drove the main idea of realism home for me was one of the last shots of the movie, of a bumper sticker that read simply “Support Your Local Police.” This reemphasizes the idea of realism in the film, that the people in the film *are* your local police in what they do every day- which is what this film represents. To me, the story was good, and the acting was great but the directing was incredible. Now go watch this film and come back and read this again and think about the movie and I hope it grows on you as much as it did for me. I hope you can have as great of an epiphany as I did! Thanks for reading and be sure to check this film out at IU Media & Reserve Services. /BS