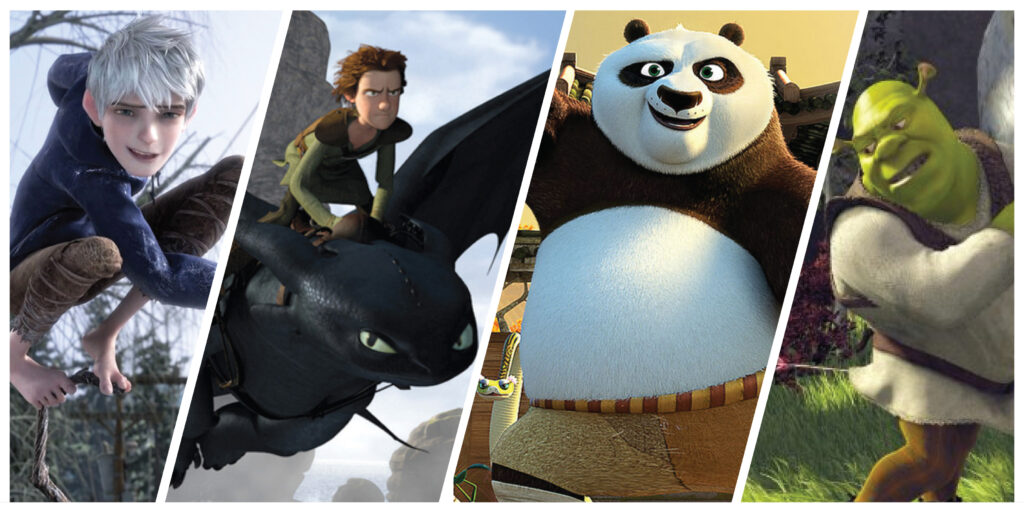 DreamWorks Animation is a popular and continuously growing competitor of Pixar, Blue Sky, Disney Animation, etc. at the forefront of modern animated films. With iconic films such as Shrek, How to Train Your Dragon, Madagascar, and Kung Fu Panda, DreamWorks have turned box office hits into massive franchises totaling over 1 Billion Dollars in box office gross… each.With those films stealing the spotlight, however, it’s also important to remember the smaller films that DreamWorks Animation has made- and even though these films might not be remembered to be the “classics” that Shrek or Madagascar are in the animated films world, they are still important to watch and enjoy as they’re responsible for helping earn DreamWorks the status that they have… 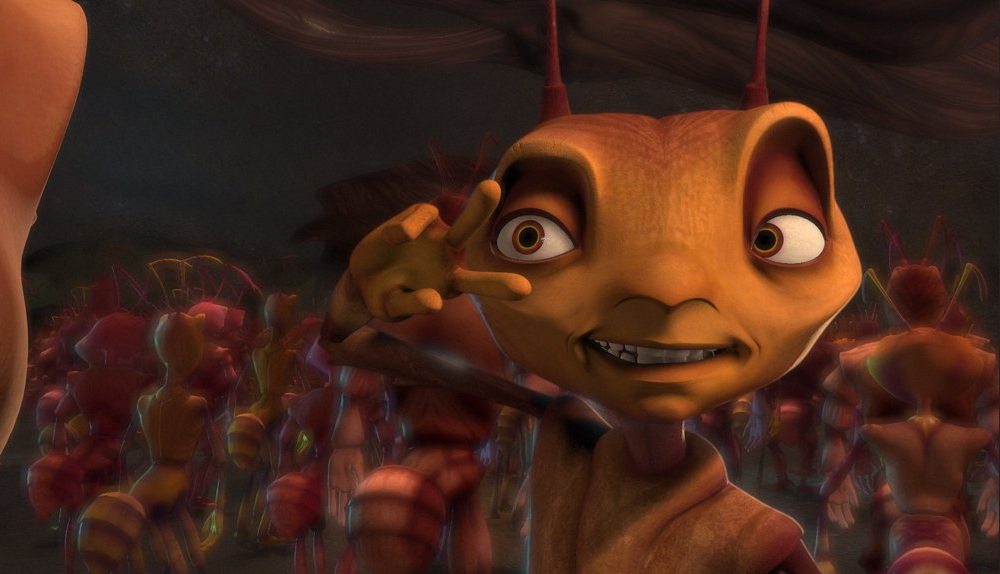 Antz (1998) stars Woody Allen in the lead role, along side Sylvester Stallone in a film about loyalty, courage and strength. Even in 1998, this film was completely eclipsed by the release of A Bug’s Life, which told a strikingly similar story in a strikingly similar way (Pixar was just coming hot off of Toy Story, while DreamWorks hadn’t had a blockbuster on par with Pixar yet). This film is one that is worth watching and comparing to A Bug’s Life, but it also does a good job of standing on it’s own as a great animated film; come check it out at the Media Services department today! 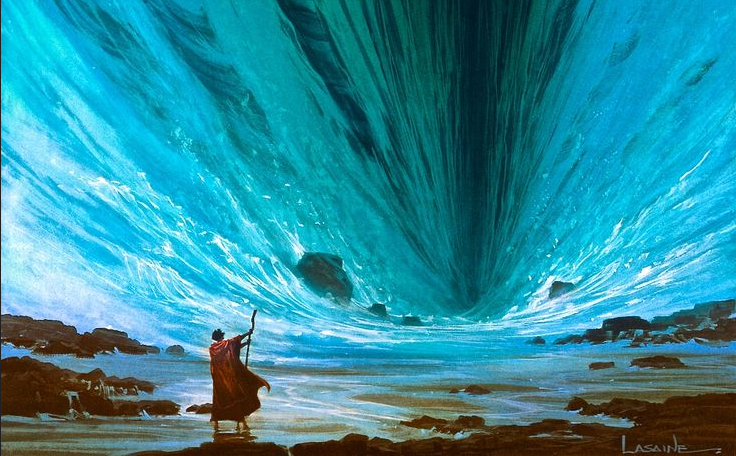 Prince of Egypt (1998) starts Ralph Fiennes and Val Kilmer as Moses and Rhamses in this animated film which retells the biblical tale of courage, sacrifice, love and family. After Moses realizes that he is of Hebrew lineage, he now has the internal conflict of being part of Egyptian royalty while his people are being enslaved and killed- he must decide with which side his loyalty lies: with his brother as an Egyptian, or with his family as a Hebrew. Beautiful visuals and great storytelling make this film worth a watch for somebody, no matter what beliefs or values they have. 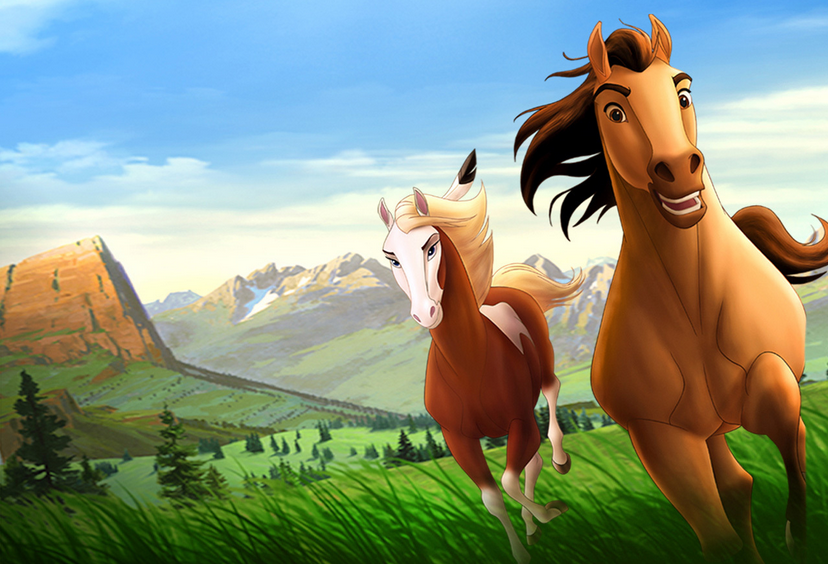 Spirit: Stallion of the Cimarron (2002) stars Matt Damon as Spirit, a horse who has been captured from the wild. In his captive state, he can no longer roam free across the wild with others of his kind, and is now being broken in so that he’ll be transportation for the humans. However, Spirit refuses to let go of the hope that one day he’ll be free again, and will be able to see his family. The animation style and the soundtrack for this film is enough for any child or adult to fall in love, and this film is one of the most overlooked DreamWorks movies to be released. 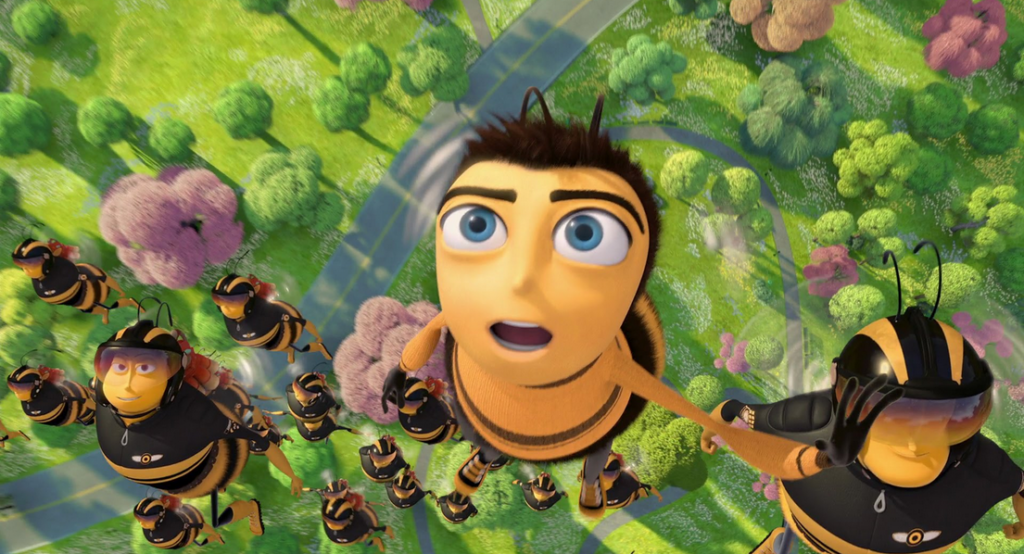 Bee Movie (2007) stars Jerry Seinfeld as Barry B. Benson who is a bee that wants more to life than to just making honey. He ventures out into the real world and discovers that honey is a product in grocery stores. Barry is horrified at the situation so he decides to sue the human race for stealing the bee’s precious honey. You’ll have to watch the movie to see what happens next! Recently, we showed this film on the display computer at the main counter and within a time span of half an hour, many groups of people stopped to watch and reminisce. It’s a film who’s intended audience is kids, however, there is something in it for everyone. Come check it out at the Media Services department today!