Wylie House Museum opens up for regular walk-in hours March 1, 10am-2pm. We look forward to welcoming you for a visit!

We begin the season with our annual heirloom seed sale on Sat., March 5th, as well as our annual participation in the Indiana Heritage Quilt Show, March 3rd-5th (http://www.ihqs.org/). For more than a decade the museum has been a Community Exhibitor for this wonderful Bloomington event. This year we are delighted to exhibit the collection of Chris Allswede. Chris has spent many years visiting antique shops and auctions to rescue handmade quilts from the 19th and early 20th century. Wylie House will be displaying a portion of her incredible collection throughout the home for the quilt show; they will remain on display through the month of April.

Work has begun on the limestone retaining wall which runs along the south perimeter of the property.  It will take several weeks but we will have a beautiful new wall and safe sidewalk upon completion. In the meantime, please look for parking along the alley behind the museum or along neighboring streets, being careful to avoid areas which are only zoned for neighborhood permits. The museum will still be open and accessible.

Spring is just around the corner. The winter aconites are blooming, the birds are singing, and on some days you can feel Spring in the air. Garden volunteers are packaging seeds, preparing for the Annual Seed Sale on Saturday, March 5th, which will be held in the Morton C. Bradley Jr. Education Center from 10:00 AM until 4:00 PM. We will have over 80 varieties of herbs, flowers, and vegetables available for purchase. New seeds for 2016 planting have just arrived in the mail from Baker Creek Heirloom Seeds. Royal Purple Zinnia, Mary Helen Marigold and Golden Runner Bean will add some color to the Wylie House beds. Burgundy Okra, Devil’s Ear Lettuce, and Black Futsu Squash are just a few of the vegetable varieties to look for growing in heirloom gardens this season. Plan a visit to the Wylie House to see the new kitchen herb garden and learn more about the use of herbs in 19th century living. 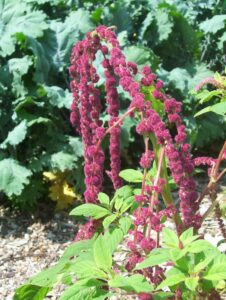 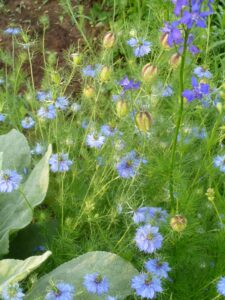 We here at the Wylie House Museum practice the art of seed saving every year in order to preserve our living garden heritage and to preserve native plant species that may have been present when the Wylie’s themselves owned the property. For those that are unfamiliar with the practice of seed saving, it is the act of saving and properly storing seeds in order to preserve species of plants, flowers and vegetables. Many variations of plant and vegetable species are being lost due to poor preservation, making virtually thousands of species extinct with every passing year.  Not only is it part of our mission to preserve the heritage of the Wylie family through their home, but we have also incorporated the heirloom garden and seed saving into our interpretation of the Wylie family history. Due to this interpretation, every year our amazing Outdoor Interpreter, Sherry Wise diligently works to plan the heirloom garden, save seeds and oversee the work of our garden volunteers.

It is not every day in a house museum and archives that we find a connection between our work and current scientific happenings. Regardless of the fact our work at the Wylie House revolves around interpreting both the home and the gardens from the 19th century, there are still ways in which this work can connect to modern life. One way in which we have found our work at the Wylie House connected to the outside world is through the practices of Dr. Cary Fowler. Much like the museum, Dr. Fowler’s history is both varied and nuanced, in terms of contemporary value with a historical link. You may be wondering, what do an American agriculturalist and a house museum have in common? The answer is: more than you would think! 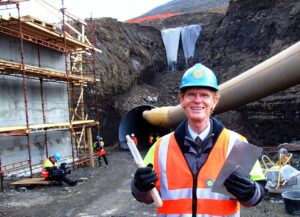 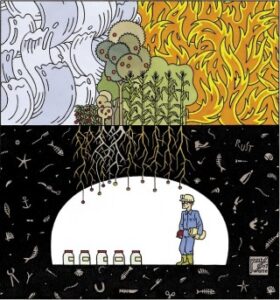 Dr. Cary Fowler has worn a lot of hats during his career. Not only was the former Executive Director of Crop Trust involved in the Civil Rights movement during Memphis in the 1960s, but he has also been referred to as ‘The Man Who Saved the World’ for his work in the Svalbard Global Seed Vault. Dr. Fowler’s most notable work is the main focus of the documentary, ‘Seeds of Time’ and his establishment of the Svalbard Global Seed Vault in Norway. The seed vault, which was entirely funded by the government of Norway, that Dr. Fowler established has more than tens of thousands of copies of over 4,000 plant species. There are several seed vaults that Dr. Fowler has now helped begin throughout the world, many organizations and gardeners, including the Wylie House, also participate in the efforts to save many plant species from going extinct. Although we don’t want to give away too much about the documentary, Dr. Fowler’s efforts have now reached a national level in the United States, as he is currently a member of the Board of International Food and Agricultural Development, as appointed by President Barack Obama. 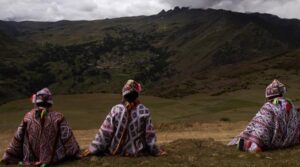 On March 28th, 2016 at 7:00 P.M., the Wylie House Museum, in conjunction with the IU Libraries, will be hosting a viewing of the documentary ‘Seeds of Time’ at the IU Cinema. Not only will we be hosting a screening at the IU Cinema, Dr. Fowler himself will also be in attendance for a Question and Answer session to follow the screening. This event is free, but will be ticketed.

To learn more about ‘Seeds of Time’, please visit the IU Cinema’s page with a description of the film: http://www.cinema.indiana.edu/?post_type=film&p=11442