For more more than 100 years, the Union Board has organized events on campus that have elevated the IU experience. The IU Archives holds a collection of Union Board scrapbooks that highlight the board’s events and programs from the 1930s through the 2000s. They are a wonderful look into IU history and at the events that shaped many IU students’ experiences across the last several decades. 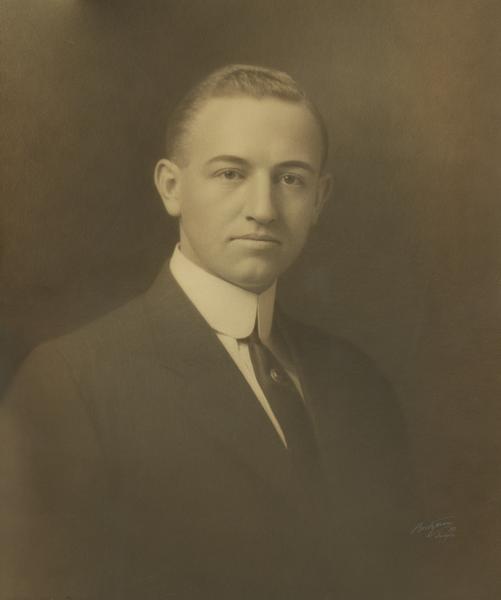 Photograph of John Whittenburger, founder of the Union Board, originally printed in the 1911 Arbutus, P0047175

As I dug into the history of the Union Board, I realized the Union Board existed before the construction of the Indiana Memorial Union (IMU). In fact, it was first founded by IU student John M. Wittenburger in 1909 with a goal to “further the interests of Indiana University and her students.”

Originally comprised of male students and two male faculty advisers, including Indiana University President William L. Bryan, the group met in the Student Building and old Assembly Hall until the construction of the Union in 1932. Their focus was on enriching the lives of IU students, faculty and staff through unique events, activity and programs. Initiatives ran the gamut, from socials and dances, fairs, movie screenings, concerts, performing arts acts, and more. 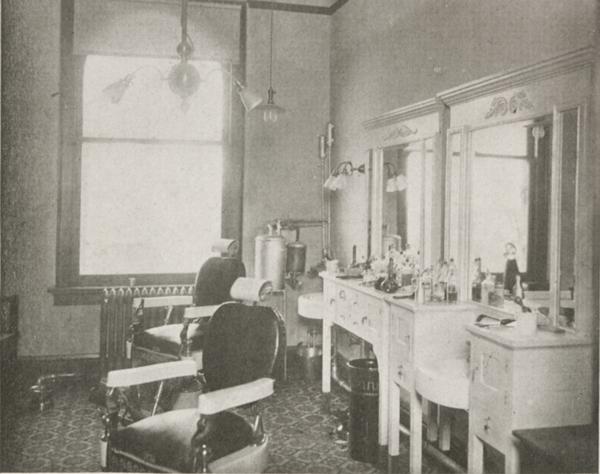 From the Archives Photograph Collection, titled, “The Indiana Union barbershop located in the Student Building,” from the 1912 Arbutus, P0048276.

One early example of the Union Board’s impact on campus comes from the 1912 IU Arbutus. One page includes a picture of a barbershop in the Student Building attributed to the early Union board.

The Union Board went co-ed in 1952 when it merged with the Association of Women Students, and over time has grown to become an elected student governing body that leads the IMU, directs handfuls of committees – including the Campus Creative Arts committee, Concert committee, and the popular Live From Bloomington committee – and is now the largest student programming organization on campus.

One of the longest running and likely one of the best known Union Board programs, Union Board Films, was first rolled out in 1914 under the program’s early name, “Let’s go to the Union Movies.” It has brought screenings of popular films to campus for free or cheap, providing a fun and cost-effective weekend event an easy walk from the dorms. Originally held two nights a week, the recent film program offers showings of newly released movies in the Union’s Whittenberger Auditorium most weekends during the school year. 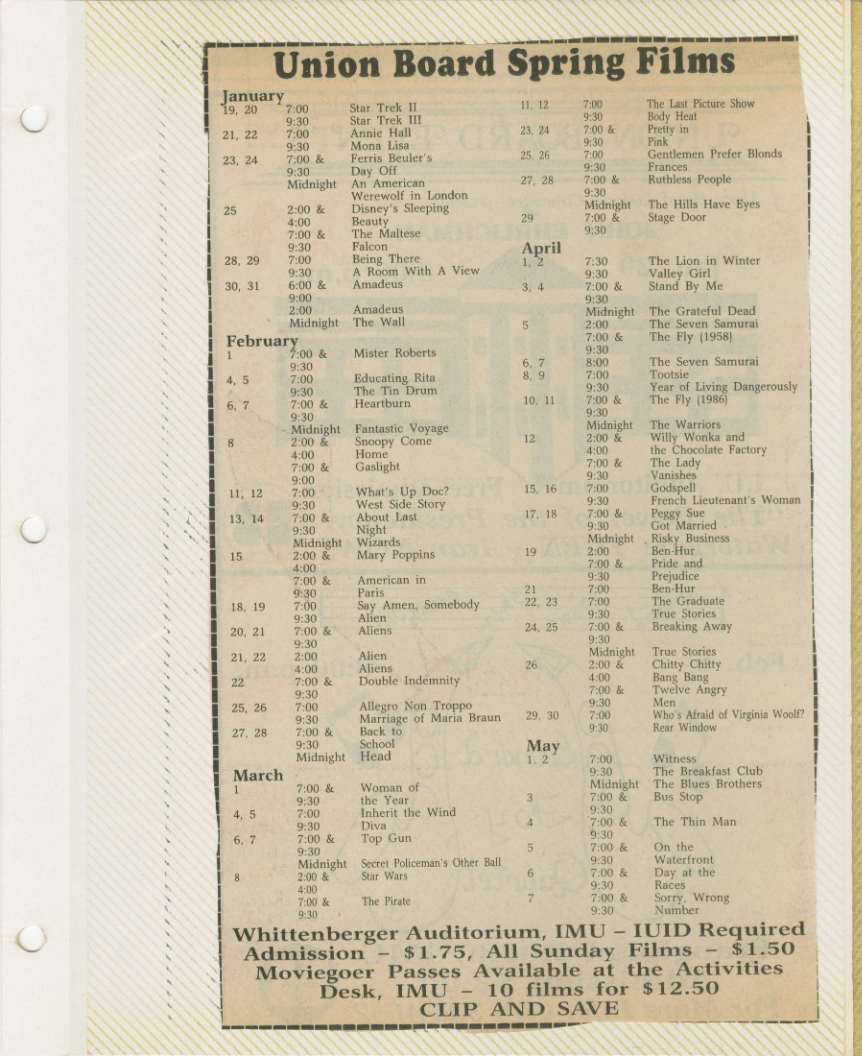 Another area of Union Board programming, music and comedy events, are well represented in the pages of the scrapbooks. The board has brought all types of musical acts and comedy events to campus, both large and more intimate. Union Board Concerts committee brought BB King to campus in 1971.  In 1979, the committee featured the rock band Heart. In 2001, Union Board events featured comedian Dave Chappelle. In addition to massive musical and comedy acts, the Union Board has also hosted smaller, localized music and comedy, including their well-known local music series called Live From Bloomington and local comedy improv and sketch group events. 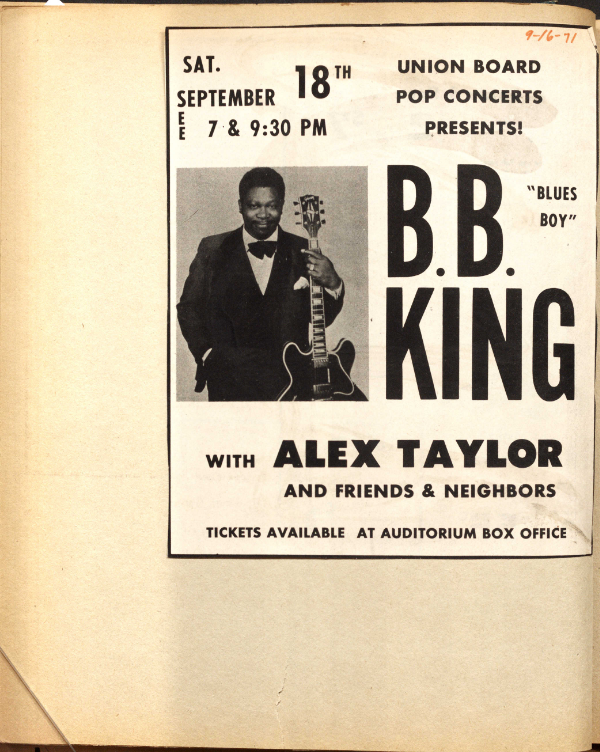 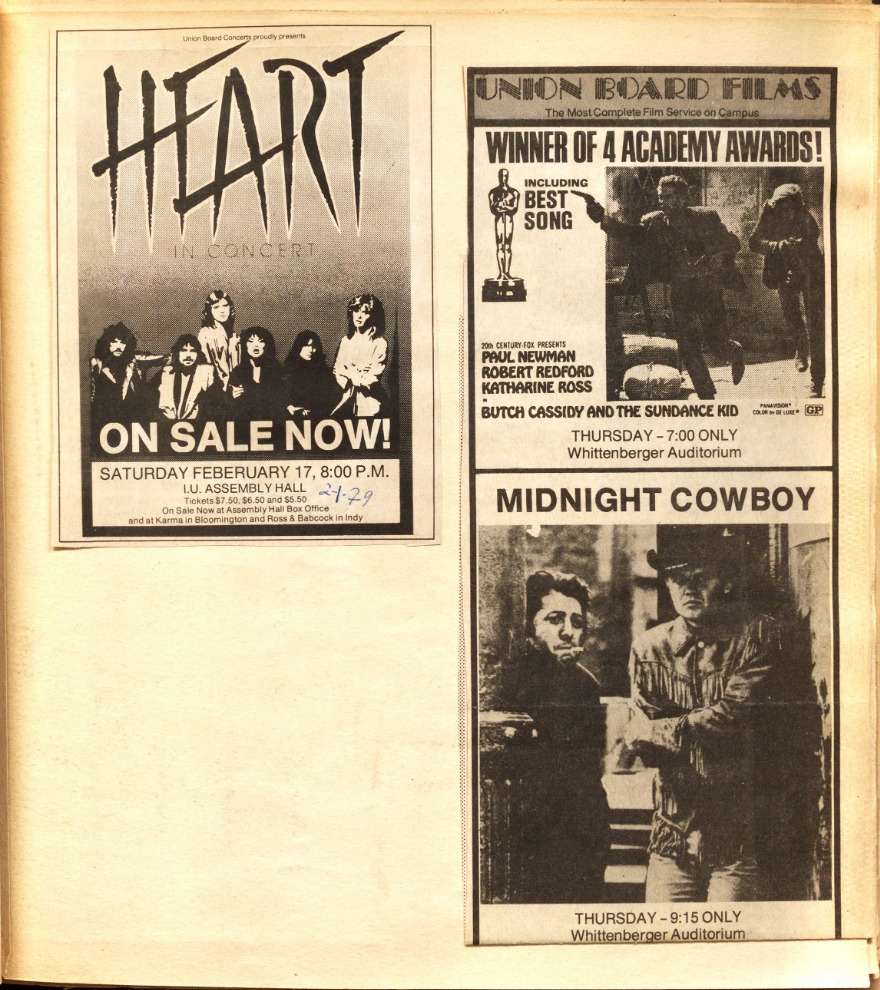 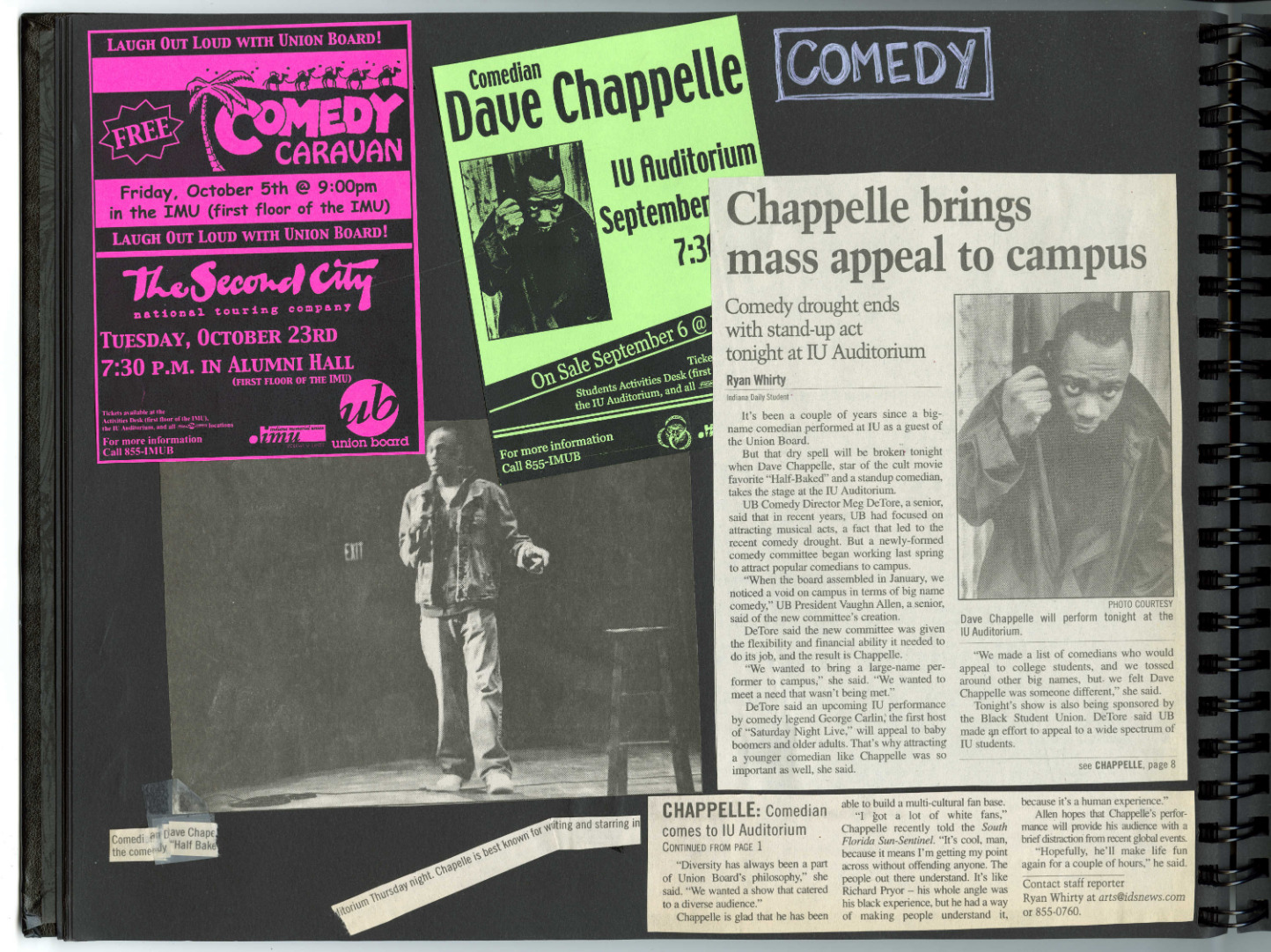 Scrapbook page highlighting a 2001 Union Board comedy event that brought Dave Chappelle to the IU Auditorium. From 2001 in the Union Board scrapbooks, 1932-2012 collection.

Ticket stubs and event programs, news clippings and photographs featured in these scrapbooks provide a glimpse of not only the workings of the Union Board over the years, but also a glimpse of the way student life has changed over the years. The scrapbooks range from the 1930s all the way up to the 2010s, and the richness of campus life from such a broad range of IU history is really interesting to behold! Check out the scrapbooks here and find out more about the Union Board’s current programming and committees!