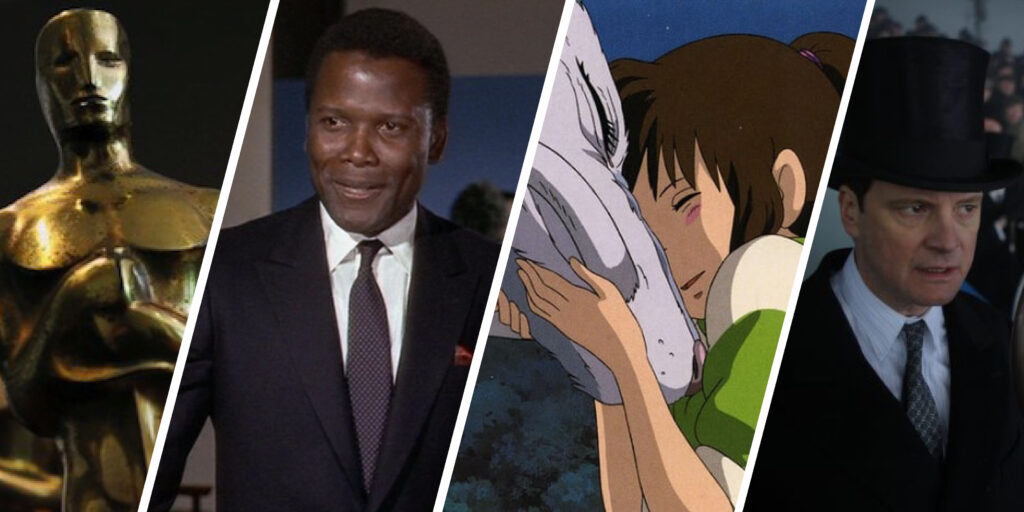 With the 89th Oscars showing on February 26th, people are trying to see all the nominated films before the big ceremony! While most of the films nominated for Best picture are still in theaters, there are 88 other years of great films for you to watch! Here is a small selection of wonderful films that are available at Media Services in Wells Library, so maybe you could have an old-fashioned Oscar party while watching these films!

This film won the coveted Best Picture Oscar in 2010, and it was well deserved. This film follows King George the IV as he overcomes a life long stutter during the beginning of World War II.

Hayao Miyazaki is known around the world for being a genius in the realm of animated movies. Out of the thirteen feature films that he has created, this is the only one that won an Oscar, in 2002 it won Best Animated Feature, the second Oscar granted after 2001 to the film Shrek. This film is visually stunning and keeps the audience on the edge of their seats as they follow the heroine, Chihiro as she falls into the realm of spirits in effort to find her parents.

I hope this small selection of films has got you interested in films that were deemed worthy of getting an Oscar. There are many more on the Oscar film database, just be sure to cross check them with IUCAT and if we are missing any of these seminal films be sure to let us know! See you in Media Services