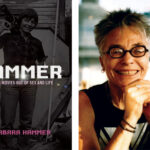 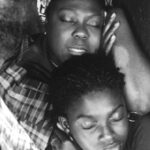 Here is a tentative schedule of events. You can view most of the titles on Vimeo. Read more about the #DirectedbyWomen movement here.