Every year I hear complaints that Hollywood is releasing too many sequels. I have heard many times that a sequel cannot possibly be better than the original. In most cases I would certainly agree but every now and then a sequel outshines its predecessor. This post will look at two original movies that have been outclassed or out favored by their original. 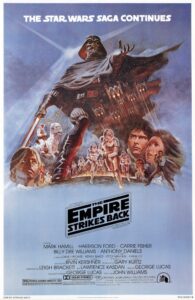 Star Wars has a large cult following. Any fan of the trilogy will not acknowledge that the prequels happened. That being said the best Star Wars film in my eyes is Empire. The original film A New Hope ended on a high note and gave everyone grand illusions that all was right with the galaxy far far away. Empire successfully expands on the Star Wars franchise giving fans more of what they want. That means more lightsaber duels, more unique characters, and more Darth Vader. As the film Clerks puts it, “Empire ends on such a downer.” But it’s a good sort of downer the one that reminds you fairy tales are only children stories. 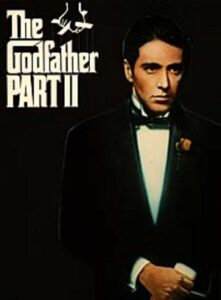 The Godfather Part I & II are often cited as two of the best films ever made. If you have watched either film then you wholly accept the above sentence as a universal fact. Part II shows the aftermath of Michael Corleone assumption to power and his vetted interest in legitimizing the family business. The sequel also gives viewers a taste of Vito Corleone’s rise to power in early NYC. Personally I feel that Part I is better than the sequel but hey beggars can’t be choosers.

That wraps things up for this segment of sequel or original. Tune in next time for more great films you should watch. Possibly.