The E. Lingle Craig Preservation Lab is located in the Ruth Lilly Auxiliary Library Facility (ALF), neighboring the Indiana University Libraries Moving Image Archive (IULMIA or “illumia”). And, like all good neighbors, the Preservation Lab came to IULMIA’s aid when we needed them.  We wish it was for something as charming as a cup of sugar, but sadly IULMIA’s mission was far more unappealing:  mold removal.

IULMIA is home to over 70,000 films spanning nearly 80 years of film production, and the majority of these items are acetate-based.  In addition to chemical decomposition from vinegar syndrome, acetate based films are susceptible to mold growth if stored at inappropriate temperatures or humidity.  Polyester films are also susceptible to mold growth, though thankfully not vinegar syndrome.  IULMIA is fortunate enough to be stationed in the state-of-the-art ALF, which maintains a consistent temperature of 50 degrees Fahrenheit and a stable relative humidity of 30 percent. Within this environment, the unique treasures of the collections can be preserved for hundreds of years, and this temperature and humidity can slow down and even halt entirely the growth of mold on film.  While processing a new collection of 2,000 films that arrived at the ALF in early 2014  IULMIA staff encountered a small number of films with evidence of slight mold growth.  Among these items were 16mm prints of David Wolper’s, The Making of the President 1960, Francis Thompson’s 1957 N.Y. N.Y. and the 1978 Will Vinton documentary, Claymation. Mold can be dangerous if inhaled, and so we were faced with outsourcing the cleaning of the films to ensure staff and patron safety, or to discard the infected items.

We decided to take advantage of working next door to one of the most impressive preservation labs in the country and consulted with Paper Conservator Doug Sanders.  With Doug’s expertise, we clarified that the mold was “dead” (that is, it would not fruit any more while stored in proper archival conditions) and able to be treated safely in the Lab.  Not only did Doug give us a great primer in best practice techniques for handling moldy archival items, but he also offered us the Preservation Lab to treat and clean the films. This consisted of dislodging the mold growth from the tightly-wound film reels with small paintbrushes, vacuuming the dislocated growth from the reels under a fume hood, and cleaning the remaining “infected” area with 99.9% isopropyl alcohol.  IULMIA staff were hugely interested in the techniques of conservation, which are a mix of craftsmanship (whittling wooden applicators and applying cotton to create incredibly precise Q-tips), science (Doug and his team discussed the chemical properties of metal, gelatin, and ink during our training), and good old fashioned resourcefulness (the vacuum used by the Lab was not originally for preservation of paper, but rather a medical supply for removing mucus from human patients). This creativity reminded us of the film archive world, where machines and supplies are often dwindling or repurposed due to the status of film as an “obsolete” medium.

Due to the Lab’s skillful training, we safely and efficiently completed cleaning the mold from a cartload of films in one morning.  This short but fruitful collaboration with the Lab was an important step in maintaining our materials for patrons and researchers visiting the IULMIA in the future. 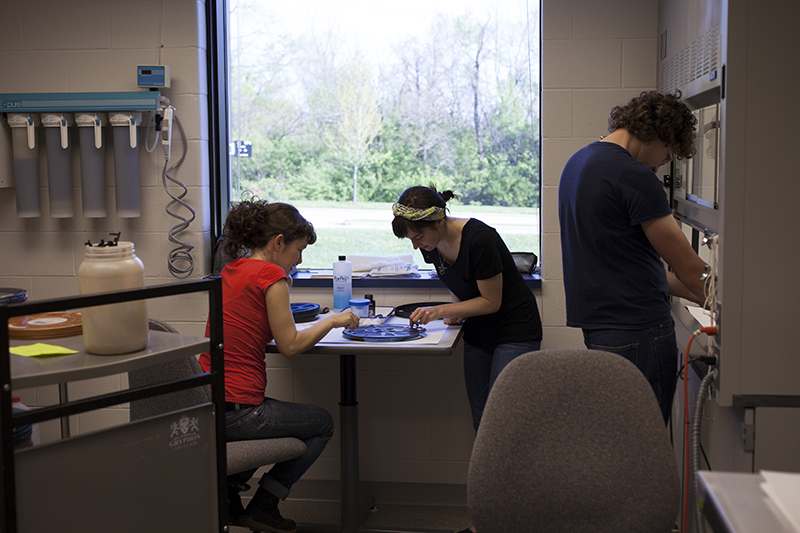 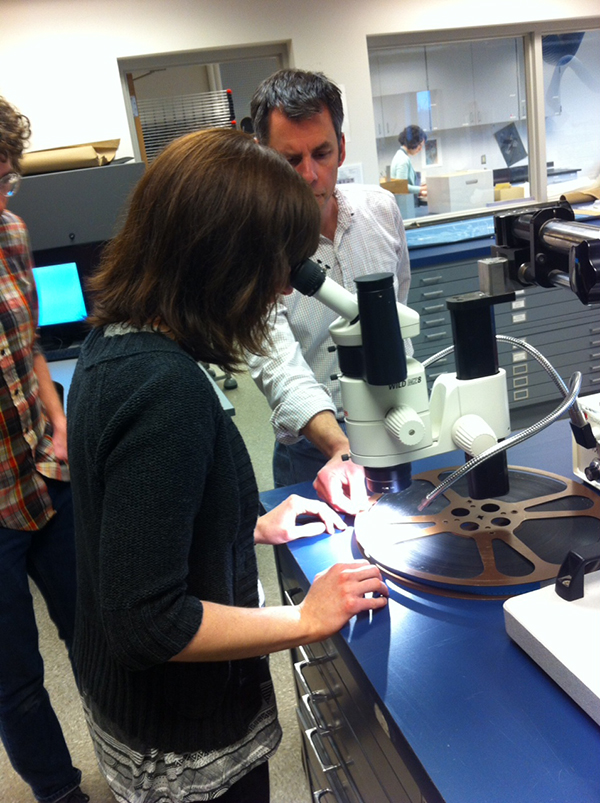