Several years ago, as a graduate researcher at the Walter P. Reuther Library of Labor and Urban Affairs, I kept having these vivid flashes of straight-up authenticity while examining news photographs. I was looking at Anthony Spina’s original prints of the 1967 “Twelfth Street riots” (largest urban uprising in U.S. history) for the Detroit Free Press. Something about handling these pre-published documentary photographs, that I had seen for years reproduced in hundreds of places, felt exceptionally raw and real. I grew up familiar with Detroit–it’s where my paternal roots are, and my dad and I visited family many times a year. This archival experience, though, provided me the most powerful connection I’ve ever felt with that city. Since then, I have understood how significant uncompromising self-representation and documentation is for communities.

A couple hundred miles south and a few years later, I was seeking out an internship with the Indiana University Libraries Moving Image Archive as an MLS candidate in the Department of Information and Library Science. I developed a keen interest in videotape and television preservation in IULMIA archivist Andy Uhrich’s Moving Image Preservation seminar. Andy proposed that I work with a new accession of thousands of videotapes from a defunct broadcast television news station in Elkhart, Indiana. Very little was known about the collection, except that the contents were a seeming mish-mash of pre-broadcast news components. I jumped at the opportunity and have found that the WSJV News Collection presents some of the most exciting opportunities and deepest challenges for archives to fill a significant gap in the documentation of regional communities in an era of media globalization. 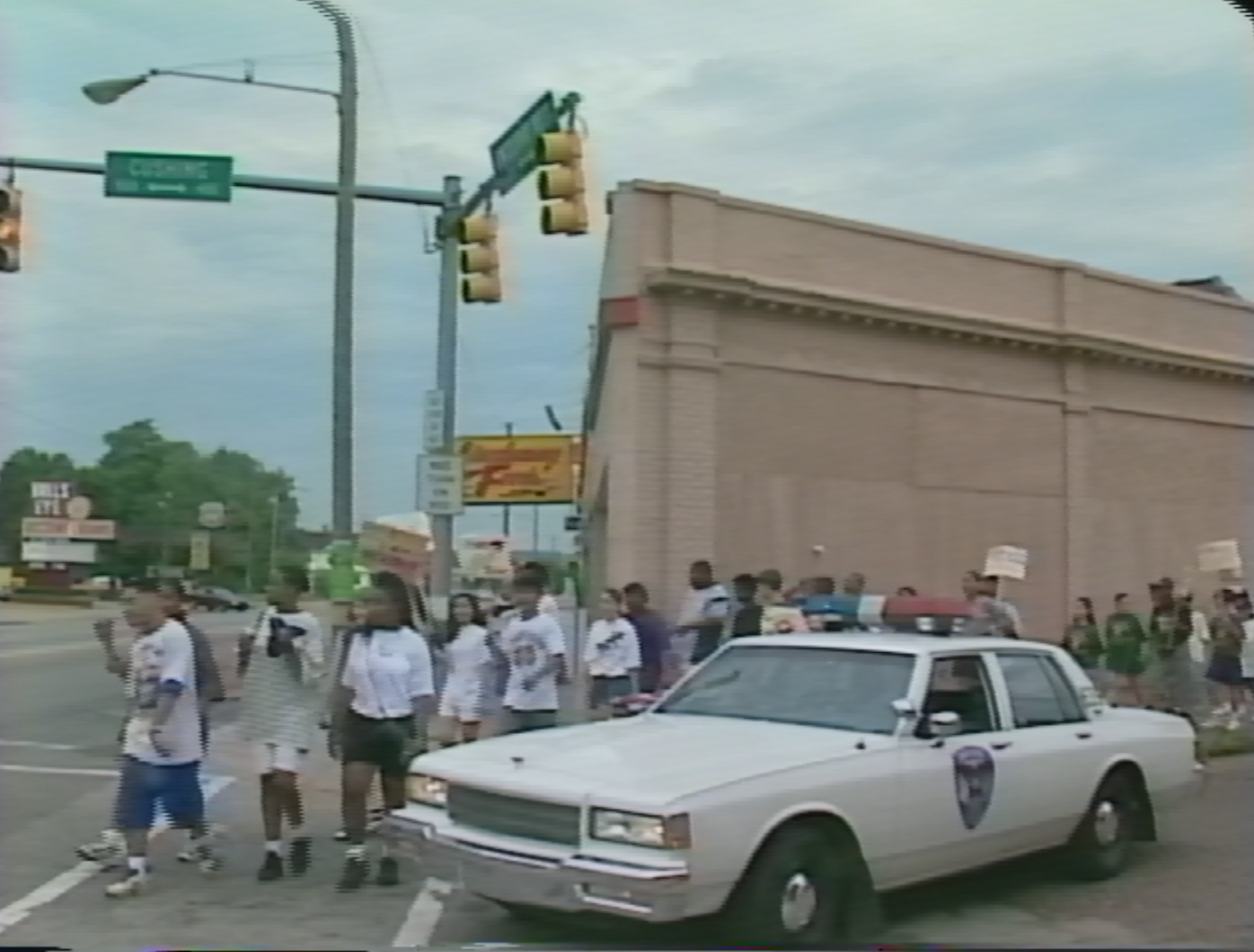 A screen grab of a WSJV segment on student demonstrations in South Bend, Indiana. July 26, 1995.

WSJV was a broadcast television news station with major network affiliations from 1954-2016. The station used a range of technological advancements in broadcast news production across the 20th century. This includes broadcast production transitioning from film (kinescope), to magnetic videotape, to born digital recordings. Like most other television stations, WSJV utilized different videotape formats for most of its history. Long running stations like WSJV found that keeping a tape library was quite useful for ongoing news production. The tapes could help producers find, for example, b-roll and sound bytes without having to go out and shoot in the field. This collection appears to contain WSJV’s entire videotape library from 1981-2011. 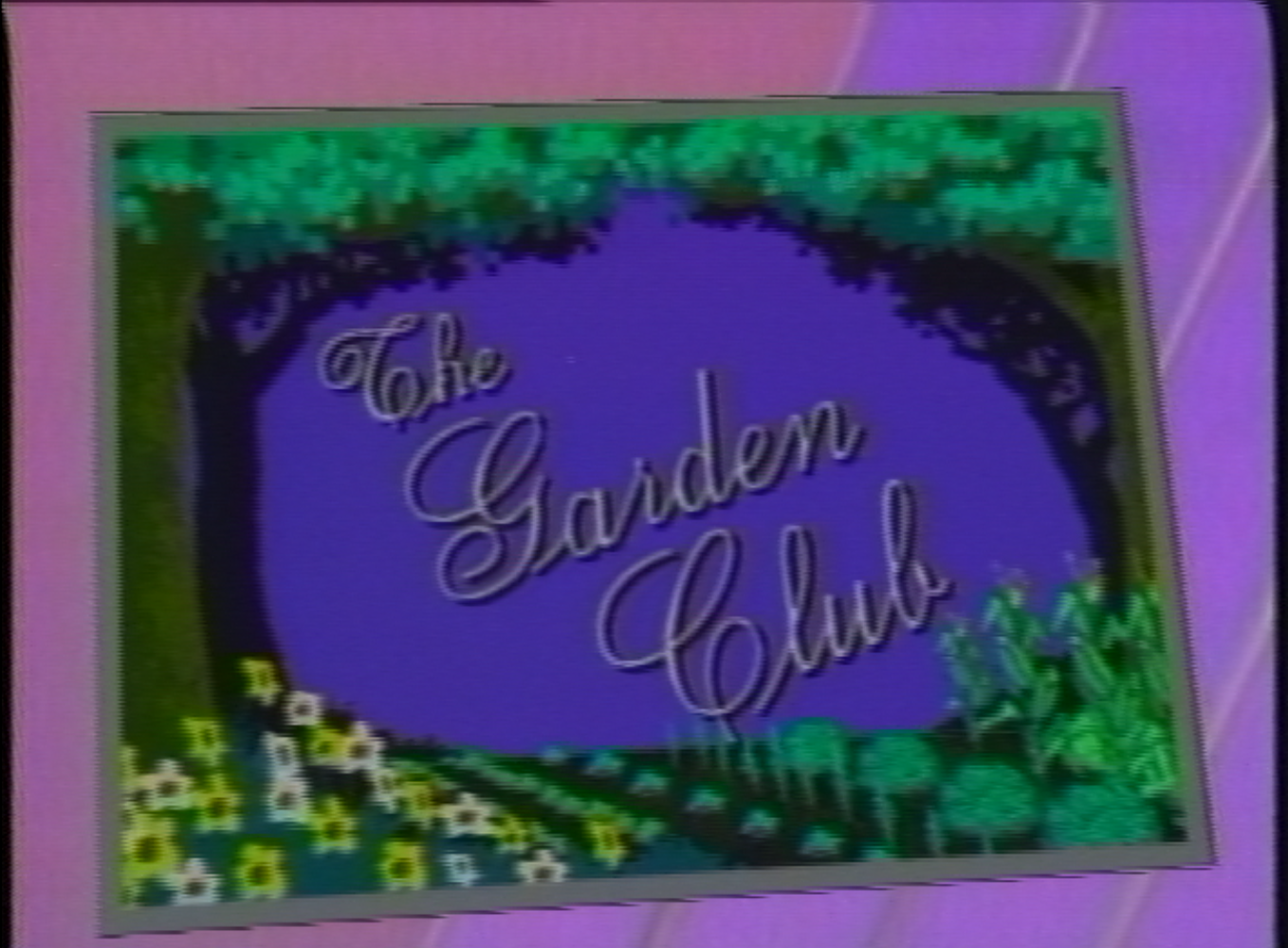 A screen grab of the opening animation for The Garden Club, a regular WSJV program featuring gardening advice with Mike Maloney. September 19, 1990.

It’s somewhat rare for an archive to have and provide access to a broadcast news station videotape library. Archives and special collections across the United States do provide access to exceptional broadcast news collections. Some examples of these are endeavors initiated by the Association of Moving Image Archivists Local Television Project, including the Minnesota Historical Society/KSTP-TV Archive, Arkansas Educational Television Network Video Vault, and Boston TV News Digital Library. I’ll be talking about institutions and projects such as these in a later blog post. These collections largely provide access to documented whole broadcasts. Fewer institutions offer minimally curated (by the creating station) collections of news videotape libraries. The enormous richness of these objects is due both to their quantity and to their pre-broadcast, in-situ production use. The components on each tape (roughly 40 each) vary from “raw” in-the-field footage with no edits, to partially edited voiceover/sound byte segments, to more fully edited news story packages. Each tape has a chronological sequence of these components over a one- to six-month range. The effect while watching these is of a slice-of-life, informational sense of history. The raw connection you feel watching these tapes is akin to the experience I had several years ago at the Reuther. Rather than one city, though, WSJV documents an entire midwestern region. 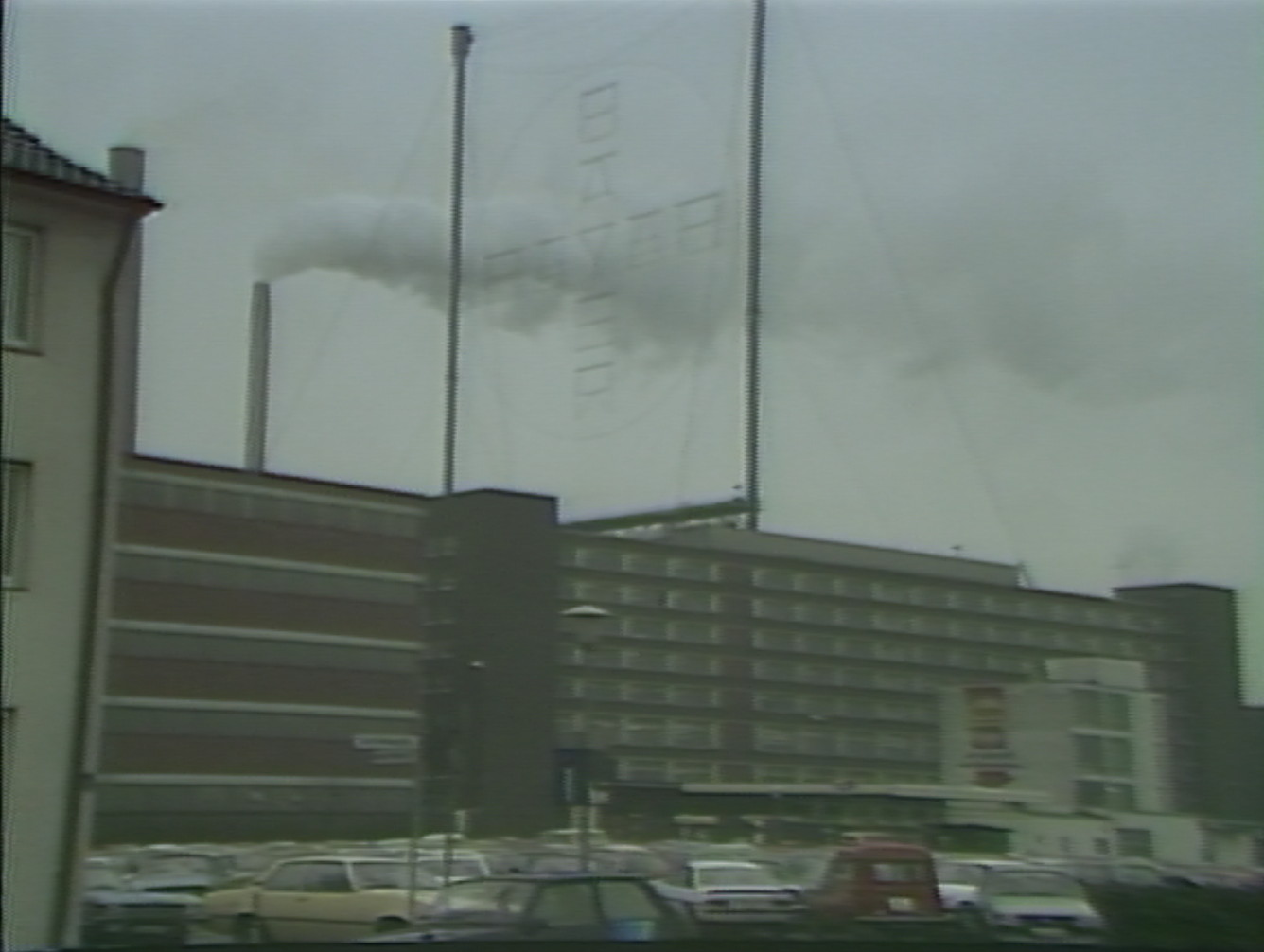 Screen grab of a WSJV segment about the Bayer Corporation plant in Elkhart, Indiana. July 1983. The plant closed in 2006.

WSJV was major broadcast television affiliate for the “Michiana” region (northwest Indiana and the southwest tip of Michigan) 1954-2016. Michiana was a unique television market because it was a “UHF island” bounded by metropolitan areas to the north (Grand Rapids, MI and Milwaukee, WI), east (Detroit), south (Indianapolis), and west (Chicago). In other words, WSJV provided broadcast television news coverage for consumers without access to major metropolitan stations. The history of the region in the 20th century combines themes relevant to the rust belt cities that surround Michiana and the Great Lakes, including massive deindustrialization, changing racial and ethnic populations and resulting civil rights struggles, and public health concerns. The stories represented in the WSJV collection are extenuations of this regional history.

Over the next few weeks, I’ll be opening up this collection in a series of blog posts. I’ll explain the history of WSJV, show how the collection can be used to research a significant topic (the AIDS epidemic in Indiana and Ryan White’s story), and provoke some questions that this collection asks of the archival profession. Overall, I want to give you a general sense of how we can process a collection like this and what it offers. The following video is an attempt to give you a glimpse of the range of content the WSJV News Collection offers (in just a few short minutes!). This is a compilation of segments from the 1980’s, 1990’s, and 2000’s. The segments feature a range of broadcast news production formats, including voiceovers, sound bytes, raw b-roll footage, a full package, and a recorded broadcast.